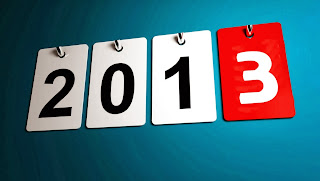 In the essence of our blog, we asked some friends from blogs that we follow to share with us the tunes that stood out for them in 2013. We love to hear what other people listen to and the reasons why they tick the right boxes musically and of course to hear the stories associated with them. Whilst also hopefully discovering things that otherwise would have passed us by.

Now we have  'The Swede' who is responsible for the brilliant 'Unthought of, though, somehow' blog.
We think of him as a real life version of Rob Fleming,

But that's enought from us, here is The Swede....

'Thanks to everyone at Tune Doctor for another 12 months of fine music and for once again inviting me to contribute to this end of year extravaganza. Here are 20 of my favourite tracks from 2013, which, with one exception, are in no particular order.

Compliments of the season everyone!

BC Camplight - 'Thieves In Antigua'


BC Camplight is the artistic nom de plume of  American singer-songwriter Brian Christinzio, who now resides in Manchester. 'Thieves in Antigua' has a spooky Beach Boys quality - oddly unsettling and hard to shake off once it has it's hooks in you.


'Dear Lincoln' was written and recorded by Kiran Leonard in June 2010, when he was just 14 years of age. The song had been knocking about the internet for a while, before receiving an official release this summer. Kiran has a lot of music available to check-out via Bandcamp and Soundcloud, including an incredibly ambitious 24 minute prog epic, 'The End Times', but with 'Dear Lincoln' he says all he wants to say in 112 thrilling seconds.

Houndstooth - 'Ride Out The Dark'


'Ride Out the Dark' by Houndstooth is a subtle grower - an album, after several months, I still enjoy more with each successive play.  Lead track 'Canary Island' stutters, Neil Young-like, into life,  before blossoming into a thing of true beauty.

Usually, the earlier in the year that a track appears, the more time it has to burn itself into the consciousness and thus become a contender for an annual musical retrospective such as this. Not so 'Carry Me' by the Bombay Bicycle Club, which was only released a couple of weeks ago, but is already much loved by Mrs S & I. Whenever it gets a spin on the wheels of steel here at Swede Towers, we’re compelled to break into our own peculiar form of angular dancing...and this is before we've started on the Christmas booze!

I'm notoriously reluctant to nominate singular favourites when it comes to year-end round-ups, traditionally preferring to offer a selection of titles 'in no particular order' to sum up the preceding 12 months. In 2013, however, I think we have a winner. Low may just have pulled off the coveted triple whammy of favourite gig, album and in 'Just Make it Stop', tune of the year.
Tweet