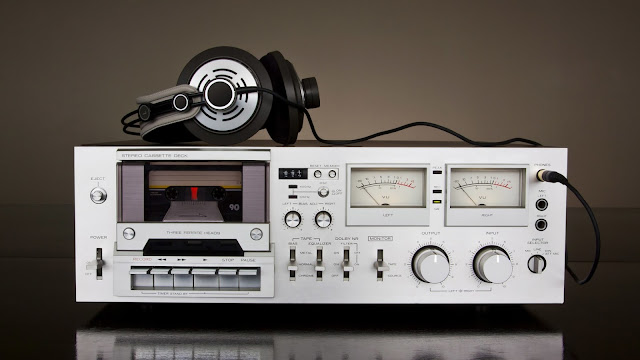 
Tracks of the week
These are some of the tracks that we've been listening to recently, some are old, most are new but definitely worth sharing.

Dylan Covers
A collection of hand picked covers from our very own Dylan aficionado, Old Pa. Some of the best, worst and downright obscure versions of Bobby D's songs, from Shatner to Hendrix we have it covered.

Tuesday Blues
Every week resident blogger SFW delights us with Tuesday Blues. A collection of singer/songwriters (mostly), often bearded blokes with plaid shirts who have managed to survive heartbreak. Why so sad? Because sadness sounds so good!

Old Pa's Poetry Corner
The musings of our blog's elder statesmen, a collection of poems, lyrics and unfinished songs. All he needs now is a gee-tar.

Two For the Money
Old Pa gives us two tracks for the price of one, all tenuously linked by subject, artist or song.


Re-collection collection
Flycasual presents some of his favourite songs and stories associated with them. We all remember where we were and what we were doing when we hear that track!

Saturday Night Jukebox
You're at the pub, there's an old jukebox in the corner, you've got five 20p's in your pocket....it's time to put some tunes on! Shell Hunter shares her guilty pleasures.

Yo! TuneDr Raps
Hip Hop and Rap, that's where Flycasual's hearts at! Ever since Old Pa bought him the Fat Boys first album in the early 80's.

Hip Hop Classics
Tracks from the 'Golden Age' of Hip Hop that just make Flycasual sound like an old man. It's still dope though!

BBQ Hip Hop
Wave yo kebabs in the air, wave 'em like you just don't care! Laid back, souful Hip Hop to give your sausages some swagger whilst you poke the coals to your BBQ! It'll have you chillin' and grillin' in no time. Word!

Late Night Hip Hop
Y'all know what time is it? You should be in bed! Whether you're out on the town, driving home or you just can't sleep, these posts will see you through the night. From the dark and sinister to the smoked out jazz joints, it's Hip Hop for the wee small hours.

Front Row Centre
You've listened to the songs...you loved the album...now you absolutely have to see them live! Shell Hunter shares her concert moments.

Give Me a Guitar
Loud with plenty of riffage please! Whenever you really need to kick over a bin or run on the spot really, really fast.

Have Music Will Travel
Whether you're taking the 81 bus from Slough to Hounslow or sipping cocktails in your Speedos in Mexico, there's always that song to remind you of your trip.


Musical Medicine
Need a shot in the arm? Unrelated tracks to any of the featured posts, we heard a song, we like it and wanted to share it as it was like cheese on toast for the soul!

Repeat Prescriptions
Shell Hunter revisits a list of classic albums, some familiar, some not and picks her choice cuts from them.

Tracks of the Year
Every year we all have the unenviable task of whittling down all our favourite tracks of the past 12 months and trying to shoe horn them into a top 20. A musical Sophie's choice of sort.

Guest Spot
But it's not just about us, we're a story telling species so we're interested to know about your favourite memories, your favourite songs and favourite gigs etc. Do you have a gem out there that we need to know about? If so, don't hesitate to email us or submit your entry on the 'Submit a Guest Spot' link above, go on, it's your chance to let us know what rubs your rhubarb.