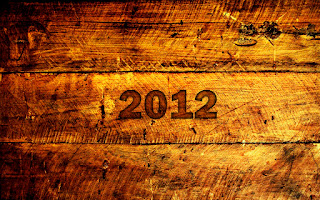 In the essence of our blog, we asked a few friends and blogs we follow to share with us their top tracks of the year. We are always interested in what makes people musically tick and hear the stories associated with them. At the same time maybe learn a thing or to or maybe catch something we've missed. So a big thank you to you all for taking the time to contribute.

We have 'The Swede' from the 'Unthought of, though, somehow' blog. It's just like walking into your favourite record store!

Former Metronomy bassist, Gabriel Stebbing, chose Record Store Day back in April to formally introduce his new band, Night Works, via the seductive single 'I Tried So Hard'. After a first play, I came away thinking that it sounded like a composer's demo, with tune and chorus in place and just the verses needing to be added to fill it out. Silly me. Hasty me. I very quickly re-evaluated that initial opinion and now consider that any half-decent dictionary should have this tune referenced as the definition of the word Earworm. Once it has you, you'll want it to go on forever and indeed there is an excellent, fairly straightforward, extended version available, amongst the usual plethora of remixes and re-imaginings, on the Night Works Soundcloud page, which I highly recommend you check out. Here though, is the single edit, complete with accompanying video, which, like the tune, is mysterious, engrossing and faintly unsettling.

Tenniscoats are a Japanese duo who make music together, individually and with an  assortment of collaborators. I picked up on them in 2008, with their 6th release, the  superb 'Tan-Tan Therapy'. Since that time there's been a further six albums, including  two in 2012 alone! From the second of those, 'All Aboard', comes the beautiful 'Yume wa Sukkiri', which translates as either 'Neat Dream' or, even better, 'Dreams Are Neat'. The tune, particularly the long, languid melodica outro, certainly does have a dream-like quality, only spoilt a little by the uploader jumping in a bit early and snipping the last few seconds from the end of the track.

To show that it isn't all moody introspection over at Swede Towers, here's a more uptempo recent discovery - so recent in fact, that the album isn't even out in the UK until January. Thanks, however, to this new-fangled internet thing everyone's talking about, I've been digging 'Lonesome Dreams' by Lord Huron since it's US release in October. The lead track, 'Time to Run', has a Paul Simon feel while the album as a whole has an Fleet Foxes vibe about it. A strong set of songs and a band to watch.

I know I've missed some corkers, but here are the other 17 in no particular order...

Nightworks - Hypnotic indeed..will search out the long version.
Tenniscoats - one that even Andy himself would like
Lord Huron - I love this a little bit of PS infulence there...an album to get

Great following selection lots I have not heard but will check out....many thanks for the effort.